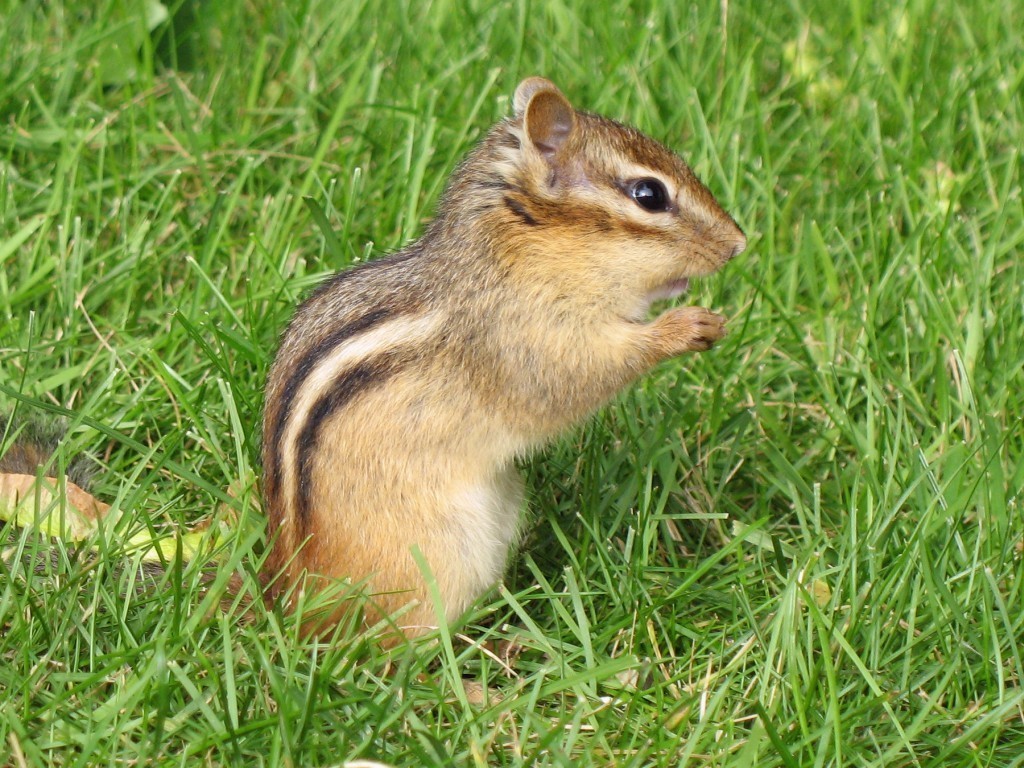 I cried today. Five times, actually. It had nothing to do with you.

And everything to do with you.

Charlie and I left the house about 6:30 am. We’d barely stepped off the driveway before we saw the little creature. I think we both thought he was dead which, of course, brought Charlie in for a closer look. But the moment he sniffed it, the chipmunk’s head popped up. It was alive.

Neither of us could have been more surprised.

But then he lowered his head back down as if to tell us he preferred to sleep. We were in the middle of the street, ‘though, and that was no place to go back to bed. The little guy must have been hurt.

This first cry, I think, was out of sympathy and also despair. What do I know about wildlife? I was in no way equipped to rescue a wild animal, even one as small as a chipmunk. But I could tell he was in distress and it distressed me to just leave him there.

For a while, Charlie and I walked around, but we never ventured so far as to let the chipmunk out of our sight. Eventually, we came back to him and I fretted over what to do next.

Ellen soon joined our completely untrained and inexperienced team, and we very gingerly wrapped a towel around the little guy and gently placed him in a milk crate. We moved him off the street and onto our front porch, breathing a little easier because he was out of harm’s way but still having no idea what to do for him. 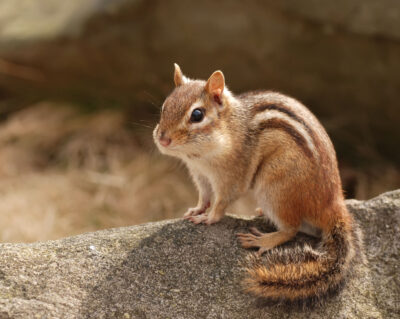 I got onto the computer and began searching for how to rescue a chipmunk. Local vets aren’t equipped to do this kind of work, so I was pleased to discover a network of volunteer “wildlife rehabilitators” who will care for a rescued animal and release it back into the wild. It was still early though, and a long hour before someone got back to me. Unfortunately she’d moved out of state and couldn’t take the animal. But she also reassured us that she would coach us through.

I cried again. Her name was Camille, and I was deeply touched by someone’s willingness to step up (even across the country) and offer skilled assistance to a couple of pretty helpless know-nothings. Camille represented the possibility that we might be able to save this guy and I was awe-struck to find myself in the middle of what was now feeling like a very holy moment.

Throughout the morning, Camille and I exchanged texts about how to keep the chipmunk comfortable, what to feed it, and who else nearby might help. Then an amazing thing happened. She mentioned there was an emergency veterinary clinic that accepts wildlife rescues. And when she gave me the address, my jaw dropped. It was no more than ten minutes away!

Yep, more tears. My third cry before lunch. The universe was aligning in a very wonderful way. I phoned the clinic and they invited me to bring the chipmunk right over.

When we arrived, there was an additional layer of meaning and emotion that surfaced. The veterinary clinic had recently moved into a larger space, one that had been our local Blockbuster video rental store when the kids were little. Standing in the waiting area as the chipmunk was examined, I thought to myself, “How many times, Jonah, had you and I rented videos and videogames here? How many times had I chased you and your brother up and down these aisles?”

There was a powerful commingling of memory, of life, and of loss. I felt privileged to be standing in the middle of all of it.

I cried again. Because I still miss you. And because something metaphysical was taking place as I pondered the profound intersection of your life with this little animal’s.

Contrary to what you’re thinking, I’m not a crier. Before you died, I was far more likely to nod my head in recognition of a moving moment, but tears had always been few and far between for me.

On the day that you died, however, my thoughts and feelings about life and death changed forever. I think I treasure life more than ever because you’ve taught me that you never know when it’ll be over. So much of what I experience now, in the years since you’ve been gone, is colored by the continuing shades of grief that still wash over me. Whether I witness a life saved or a life lost, my emotional response is a powerful one which, I think, is why I cried five times today for that little chipmunk.

The vet’s examination complete, someone came out to tell me that the chipmunk had likely experienced a major trauma to the head and the neurological damage was too severe. It wasn’t going to survive. They would make it comfortable and then help it to quietly cross over. I thanked them for doing what they could and I headed home.

As I left the Blockbuster-now-veterinary-emergency-clinic, I cried one more time. I was pretty certain I had done what I could. But I felt so sorry that the little guy had died. I hadn’t left him to die in the road, but I was still busted up. I’d really wanted him to live — for him AND for me.

Because these days, death and I don’t get along so well.

I’m sixty-five, JoJo. Death is something that has become more and more real because I’m closer to it than ever. Not that I plan on leaving for a good long while, but I do think about it. I think about you. About your life that had been far too brief. About your death that had come far too soon. And about the reverberations from that night in 2009 that even now, thirteen years later, shake me to the core.

Saving a chipmunk would have been a good thing.

Trying to save a chipmunk is a reasonably close second though. I wasn’t able to even try to save you.

It’s not that I would have done nothing before 2009. But the things you make me feel these days, the admittedly exaggerated responses to the world around me, these are what made it fairly impossible to ignore that tiny injured creature in front of my home.

Author Suzy Kassem writes, “Learn from animals for they are there to teach you the way of life … constantly teaching us things about ourselves and the way of the universe.”

Today, a chipmunk opened my eyes and my heart. I will only add, JoJo, that you do that too. I continue to learn from you and suspect I will keep on learning from you until I’ve cried for the very last time. I miss you but am grateful to still be your student.

P.S. Injured wildlife find its way to you? Reach out to humanesociety.org/resources/how-find-wildlife-rehabilitator or nwrawildlife.org/page/Found_Injured_Wildlife. There are volunteers everywhere who want to help.