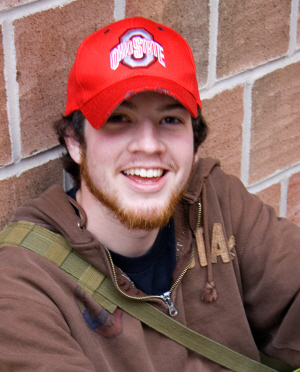 Each fund provides financial grants to organizations that support these goals, as well as scholarships for young people to attend programs sponsored by such organizations. If you don’t have an immediate preference, you’re more than welcome to donate to The Jonah Maccabee Foundation General Fund and we’ll use your dollars where the need is greatest.

Jonah Maccabee Dreskin was a fun-loving, gregarious, and exceedingly kind young man whose life was tragically cut short in 2009 soon after his nineteenth birthday. The Jonah Maccabee Foundation is one avenue that Jonah’s family and friends have chosen to remember and to honor the beauty of his life.

The three funds we’ve created are inspired by activities Jonah loved and valued. 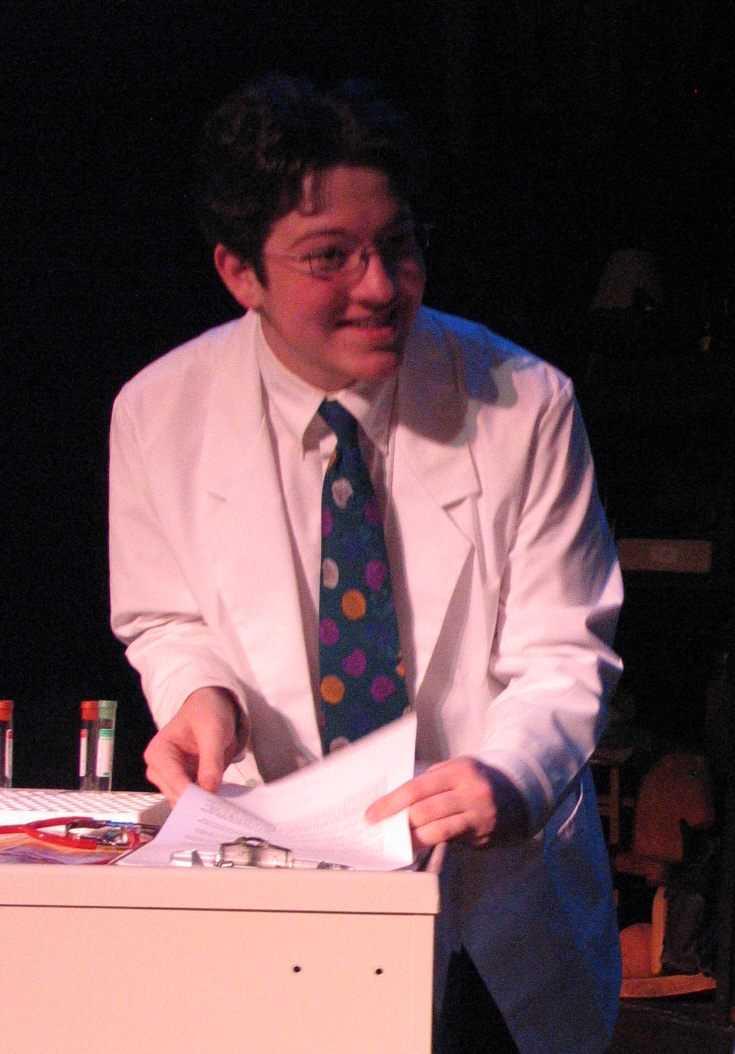 opportunities. PGT develops lifelong presentation skills which the young people who participate in their programs will find useful long after their theatre days have passed. Most importantly, however, PGT cares for the soul and spirit of each young person who enters its doors, providing support and encouragement during a time of life that can be exceedingly difficult to navigate. PGT was a godsend to Jonah. He knew it, and his family knew it, and we will be forever grateful for the gifts they selflessly give away day after day, year after year.

Jonah’s musical background was a diverse one. At the age of six, he learned how to play the shofar, a ram’s horn that is sounded during the Jewish High Holy Days. Jonah was really good at it but, not surprisingly, he turned down invitations to become his temple’s “mainstage” shofar blower, content to play the less formal young families services led by his parents. When he was eight, perhaps due to his experience with the shofar, Jonah spent a year studying the trumpet. His most significant musical journey began when Jonah was twelve and he asked his parents if he could learn to play guitar. His dad purchased one for $12 to see if Jonah would follow through on his expressed interest. He did, learning to play not only the guitar, but the ukulele, mandolin, and a little bit of piano.

Although Jonah became a fine musician, he rarely played in public. Throughout high school, he would typically practice hours each day on an unamplified electric guitar while waiting for his computer to complete some routine that did not require input from him. He was a trained songleader who, in college, was happiest just sitting with friends and leading them in song. And he loved to teach what he knew to others, freely giving lessons to anyone who asked.

We created the Jonah Maccabee Dreskin Arts Fund to remember and honor Jonah’s love for music and theatre.

Jonah’s love for others ran deep and true. Not only was he a dependable friend, he extended himself to those he may not have known personally but whose stories and situations moved him to try and help. It’s a funny road because, when Jonah was young, he was quick to hit or even bite another child who crossed him. But what became apparent over the years was that Jonah had a pronounced sense of justice. What began as a passion to protect himself steadily grew into an ability to notice others in distress and a definite desire to step forward and offer himself in whatever ways he could. Friends and acquaintances tell many stories of Jonah being the one to offer a shoulder, a hand, and more in a moment of need. 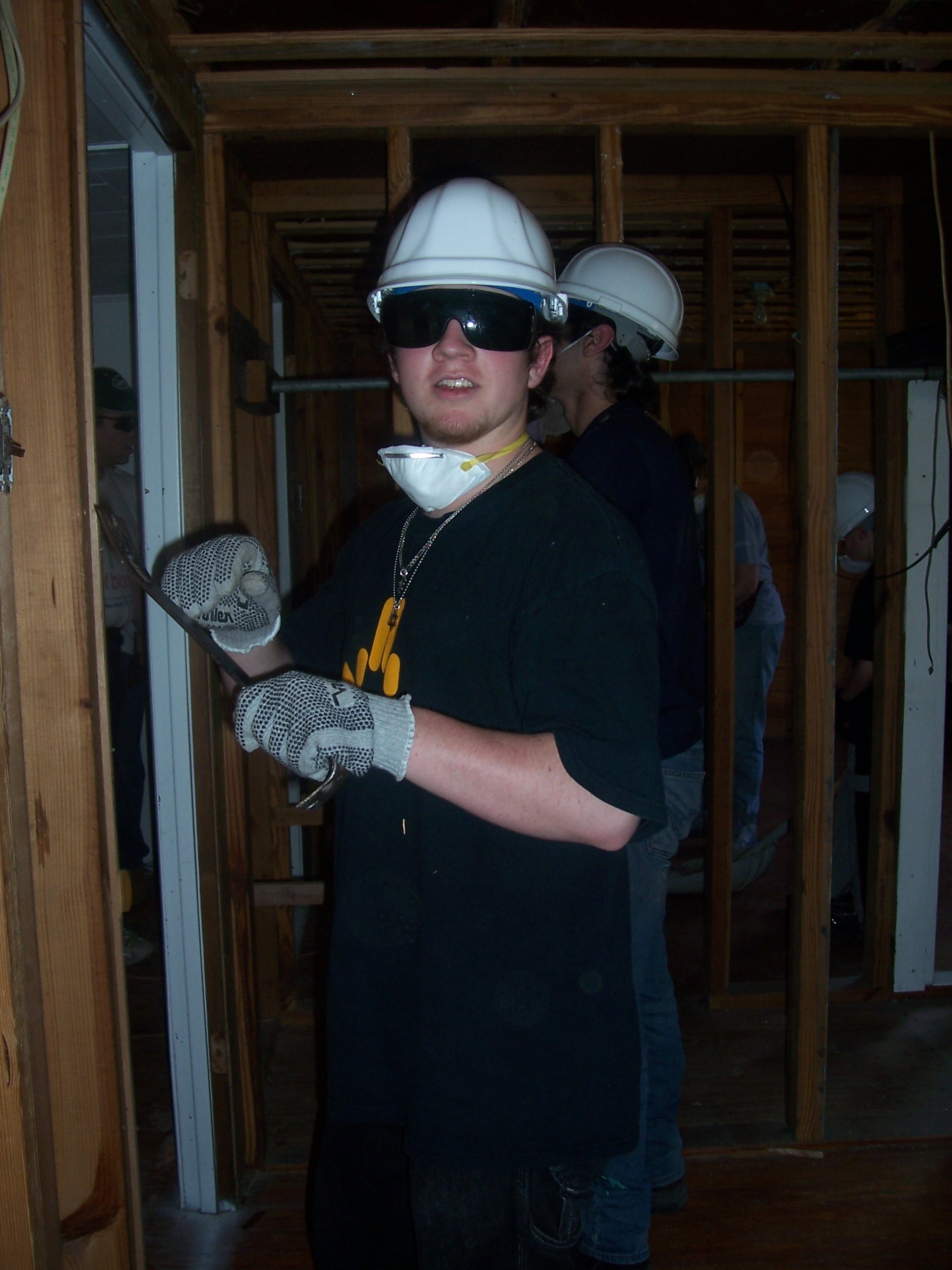 Across the years, Jonah joined members of his family volunteering in the community. Soon after he had even learned to walk, there were visits to local nursing homes in Cleveland, where Jonah was born. Upon moving to New York at the age of five, he was brought along to Sunday afternoons of food and conversation with elderly residents of New York’s Lower East Side. And by the time he’d reached the seventh grade, he was tagging along on midnight runs into Manhattan to offer food, clothing and friendship to those living on the streets there. In the eighth grade, he joined his family in serving Thanksgiving dinner to hundreds of needy families, and attended the March for Women’s Lives in Washington, DC. But it was in the twelfth grade that Jonah became a legend when he led a new generation of teen volunteers to find and feed the hungry on the back streets and in the subways of New York City.

At home, one night of Hanukkah each year was spent engaged in giving back to the community. Jonah watched and eagerly joined in helping out the children at Blythedale Children’s Hospital (Valhalla, NY), Toys for Tots, the Midnight Run, and Save Darfur.

These early family experiences led to an enthusiastic participation on his own with a number of projects that became important to him: a Civil Rights Journey to learn firsthand the story of the struggle for equality in Georgia and Alabama (Dec 2005), a rally in New York’s Central Park on behalf of the people of Darfur (Sep 2006), the L’taken political activism training seminar in Washington, DC (Dec 2006), joining his dad in rebuilding homes in Mississippi after Hurricane Katrina (Feb 2007), taking a stand with Anonymous against various political issues (2008), and canvassing residents to get out the vote in Buffalo (Jan 2009).

We created the Jonah Maccabee Dreskin Social Justice Fund to translate Jonah’s growing passion for justice into an ongoing activism in his name.

Jonah loved being Jewish. His synagogue, his summer camp, and his youth group involvement were always at the center of his life. He served as a religious school aide in 9th-12th grades, assisting teachers with music, Hebrew, and helping kids with learning disabilities. During those same years, he was active in temple youth group, serving twice as Cultural and Religious Vice-president. In NFTY, the North American Federation of Temple Youth, he met and learned with teens across the continent. And his summers spent at the URJ Eisner Camp and URJ Kutz Camp were vital ingredients in a life that he grew to love and enjoy more and more everyday.

Jonah’s passion for music, as well as his consistent interest in teaching, found expression in his Jewish life. In the summer of 2006, Jonah attended CAJE, the Conference on Alternatives in Jewish Education (in Durham, NC), where he joined dozens of other teens in learning how to become better Jewish educators. In the summer of 2007, he attended the JCC Maccabi ArtsFest (in Deal, NJ) where he studied and performed Jewish rock music under the tutelage of Josh Nelson.

Jonah was known by his friends for the many hats and necklaces he wore. It is significant that among his very favorite necklaces were a Star of David and one whose letters spelled out NFTY. Jonah was proud of his religious identity, eagerly participating in the myriad activities and opportunities it offered, and adoring the large cadre of friends that joined him along the way.

We created the Jonah Maccabee Dreskin Jewish Life Fund to help provide creative, inspiring and enjoyable Jewish experiences for young people, so that they too might come to love and value their religious heritage as Jonah had.