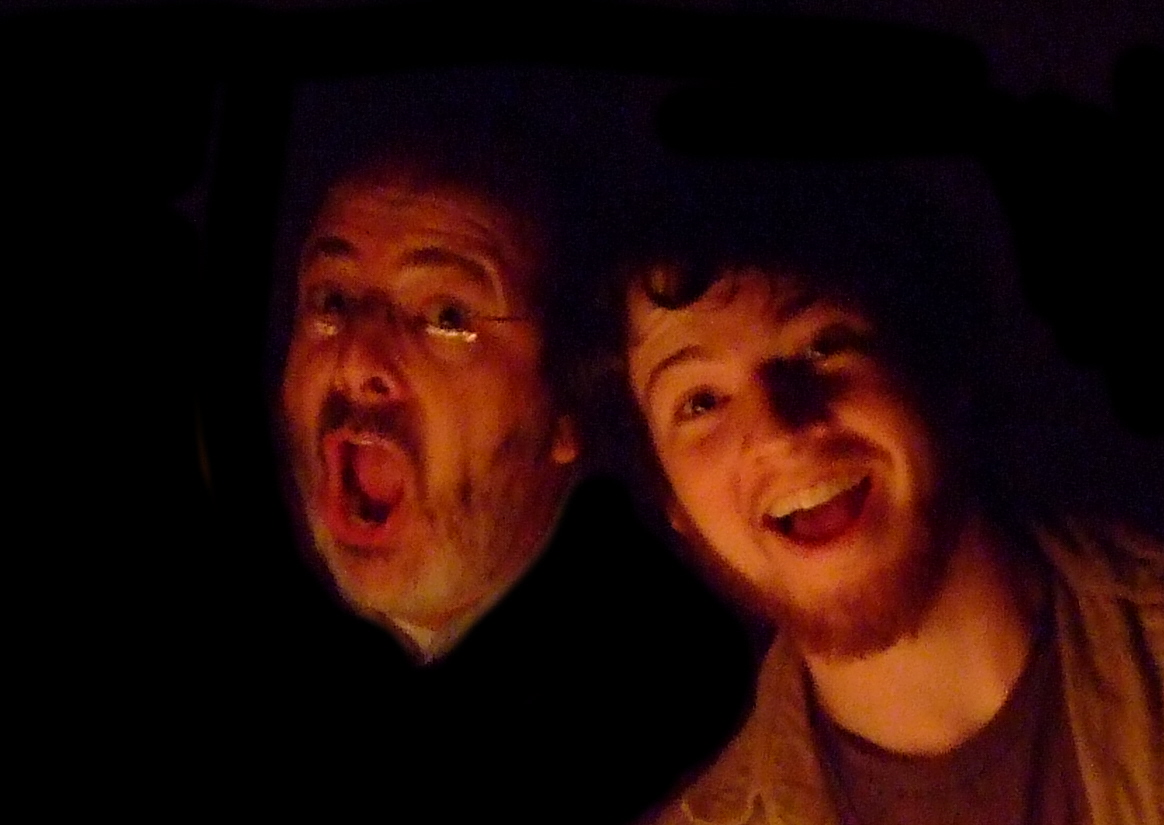 It’s twelve years now and you’re still not back. So I guess this is going to be a thing, huh?

So much changed for me the day you died. I never know where or when, but things can affect me quite differently from the way they used to. Invariably it’s because a moment brings sudden, unexpected connection to you. I’ve certainly learned to live my life, and I’m doing pretty well at it. But then, without any warning, grief just sort of pours itself right back in.

A few months after your death, Ellen and I were back at Play Group Theatre (where you’d pretty much grown to maturity and adulthood so, needless to say, we’ve never wanted to see it leave our lives). It was painful to go back, of course, but we have so many loving memories that were born there, how could we not?

It was Cats that got us back into the building, which is funny because I’ve always disliked that show. I find it to be incurably unengaging (as did you and your siblings when we took you to see it on Broadway). But here we were, in your most loving of spaces, with many of your and Aiden’s friends on stage. So, good guy that I am, I allowed myself to be subjected to Cats once again.

You can imagine how utterly surprised I was to find myself deeply moved by this high school production. And it happened in ways that no Broadway blockbuster could possibly match. A young man who’d been your friend since you were both very young children was portraying a very old cat whose life was nearing its end. And although I knew he was only acting, his story affected me greatly.

In fact, it was painful for me to watch this 18-year old – someone I knew well and adored – as he drew close to dying. And although he was playing a much older character, all I saw was you, my young child whom I adored, your own childhood scarcely behind you, with everything in life to look forward to. But with that 18-year old pretending to be nearing death, I was grimly reminded how you had done the very same thing, only it had been real and I’d had no idea it was coming.

You were away at college, loving it, had recently celebrated a wonderful nineteenth birthday, and had only days before spoken with us on the phone. How could we have known it was you who’d been that much older cat? And we’d had no idea.

Art imitates life? Art mirrors life? Art confronts life? Yep, all of that. In the space that you had loved, filled with the friends you loved, I was reminded that young people sometimes don’t get to grow old, that death can take the ones we love long before we could ever possibly be ready for that to happen.

Which brings me to Big. I’ve never actually seen Big. Not the musical anyway. I loved the movie, and I love listening to the cast recording. Recently, the score popped up in iTunes and I made it all the way to a song called “Stop, Time” before I lowered my head and cried.

Most of Big is a pretty audacious adventure for a 12-year-old named Josh Baskin, who longed to be grown up and magically gets to do so. Which is fun to watch, this 12-year-old kid navigating the world of work, apartment living, and adult relationships. All fun, that is, until you realize that, for Josh’s parents, it’s not an adventure at all. It’s about the death of their little boy. To them, he just disappeared. Vanished without a trace. There at bedtime, and gone by breakfast.

With you, the call came at midnight. An ambulance was enroute and they’d phone later to let us know more. I’d assumed we’d drive up to Buffalo to visit you. I could never have imagined that next call would inform us you had died. There at bedtime, and gone by breakfast.

Big, it turns out, is not a comedy. It’s a horror film

Every now and then, I play this absurd mind game with myself where I ask if it might have been better had you gotten sick and died only after months, perhaps years, of treatment. Then I would have had more time with you, time to get used to the idea of your being gone, time to hug you once more, and to kiss you goodbye.

Instead, I lost you in an instant. I never got to say anything to you, give you any last hugs, no last kiss. It had been three months since I’d previously seen you. You were coming home in just a few days. How could I possibly have understood that I’d already said goodbye – not knowing you wouldn’t be returning, not giving you a hard-enough hug. I just thought you’d be back.

The moment that Big turns grim is when Josh’s mom prays for his safe return. That’s when I understood that, for all intents and purposes, she was exactly where I had been on March 5, 2009. Her words in the song, “Stop, Time,” stopped me cold:

Two months old, he looks up at you. How his smile melts your heart. You want to say, “Stop, time. Don’t move on.” Even as you watch, that look is gone. Then he’s two, such a little man, so alive and so smart. Again you say, “Stop, time. Stay just this way.” But the future comes and he can’t stay.

Nobody warns you of this parent’s paradox. You want your kid to change and grow but, when he does, another child you’ve just begun to know leaves forever.

Birthdays fly – seven, eight, nine, ten. Every kid he becomes you clutch and say, “Stop, time. Hold this one fast!” But it’s not supposed to last, and that time has come and passed for he’s growing, and he has to go.

If I had only stopped the clock four weeks ago, somehow had frozen time right there, he’d still be here. I’d see his face, I’d hold him in my arms, safe forever.

It can’t be that he’s reached thirteen. Now the real changes start, but he’s not here. “Stop, time. Don’t rush life so. Bring him back, and then I’ll let him go.”

JoJo, at nineteen you’d barely finished childhood. You stepped away from the home that had sheltered you and had prepared you to step away. But in a flash it was over. You were gone.

I’ve learned something though.

The people we love do not belong to us. Life branches in new directions and relationships must accommodate. I’ve brought three breathtakingly wonderful children into the world. I’ve let each one of you go because that’s how life works. I’ve loved having each of you grow up in my home. I’ve cried when you each set off to pursue your destiny. And I’ve rejoiced in watching you make your way.

I also knew that letting you go was dangerous. I could no longer grab your hand as we crossed the street, and I could only assume that things would be fine. Which they were. Until they weren’t.

Twelve years later, while life is good – and it really is – I still miss you, and sometimes find myself returning to those early grief-stricken days, still trying to make a parent’s deal with God: “Bring him back, and then I’ll let him go.”