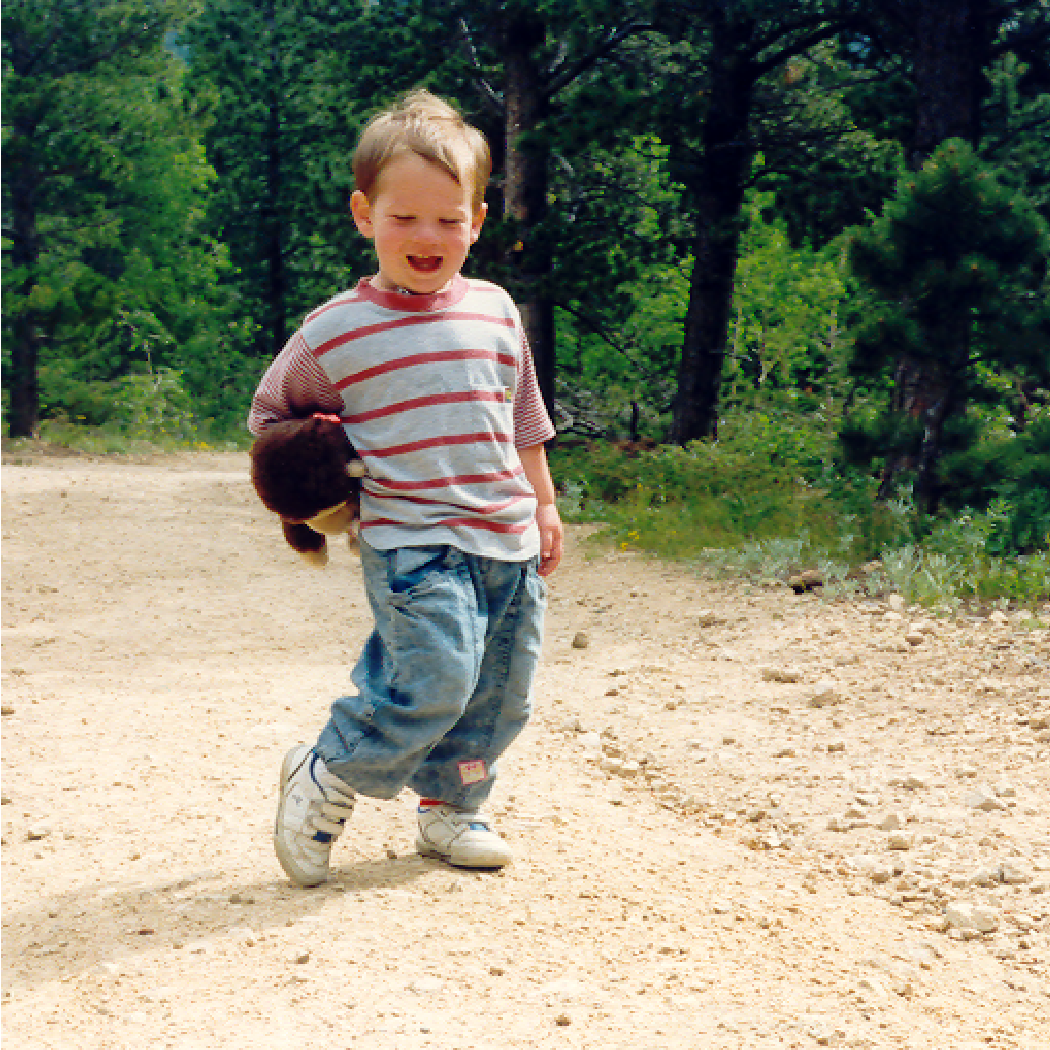 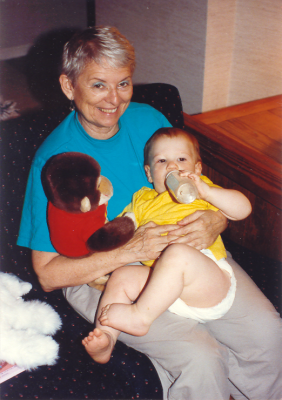 I’ve been thinking about George — Curious George — that pervasive little imp who entered your life when you were only a year old, and who’s still very much here, living with us simply because stuffed bedtime friends don’t ever have to die. George continues to reside in your bedroom, which is now Mom’s study. I like to think that George is watching over your domain until you return but, hey, what do stuffed dolls know?

Curious George came into your life when your honorary grandparents, Fran and Gerry Weingast, gave him to you. They’d hoped that he would become one of those toys that a child won’t ever let out of their sight, which is precisely what occurred. From the moment you boys laid eyes on each other, you became the best of friends. George would follow you around for quite literally the rest of your life, so much so that even when you were still very young, while we were pretty sure you liked us, we knew without a doubt that you loved your monkey.

Back in 1991, reflecting on your first year of life I wrote, “Sometimes Jonah is overtaken by excitement, the source of which we have absolutely no inkling, but he runs over to me and buries his head in my shoulder, too cute for words. And although he hasn’t yet really learned to hug us, he has most definitely learned to hug his very soft and cuddly Curious George doll. And when you see this little boy smothering that doll with so much affection, well, that’s the kind of stuff that melts parents away!” 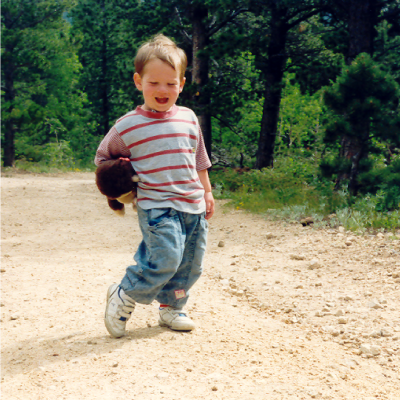 George comes with you to Colorado (Jul 1992)

The love between you two was legendary. George went everywhere with you. He slept faithfully at your side. And for a while, he even traveled with you. Until he got left behind at the Fairmount Temple preschool in Cleveland. Fearful we’d never see him again, Mom and I immediately and surreptitiously purchased a second George. Nearly identical (except for a hat and the fact that he was in mint condition), when the real George resurfaced and returned home, we were very pleased that we never had to sneak this pretender into your life. From then on, we were all more careful about letting George out of the house.

As the years tumbled by, pretty much everyone in your life knew about the two of you. At 2½, spending summers with us at Kutz Camp, you carried George everywhere. At 6, he slept with you on overnights with friends. At 12, he went to Eisner Camp with you (which was pretty amazing, considering how peer-conscious twelve-year olds are). 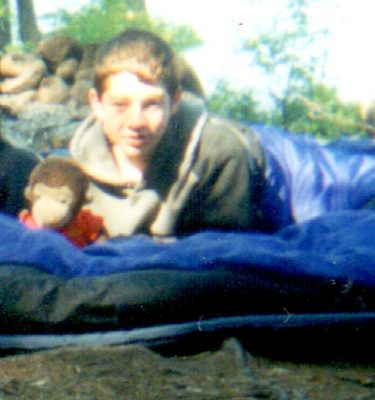 Also at 12, you included him in a school project for which you made a timeline of your life. You wrote, “Curious George is my little stuffed monkey. I consider him to be my stuffed teddy bear. He’s really old and the letters on his shirt are almost all the way off, but he’s mine and I don’t care what he looks like.”

At 13, you spent a weekend in the woods with your school. You forgot deodorant and your toothbrush, but not George. At 15, for Hanukkah we gave you a book of The Complete Adventures of Curious George. I don’t know if I got to all of them during my own childhood, but I certainly read an awful lot of those skinny yellow paperbacks and was thrilled to put the entire collection into your hands.

At 18, amidst the mess that was your room, George was still at your side. He might disappear occasionally beneath the sheets and blanket of your rarely made bed, but while your life filled up with parties and shows and girls, Curious George made camp right nearby.

But when you went away to college, George finally stayed home. You left him on your bed, resting against your pillows, where he had always waited for you, no matter what directions life took. While you were studying up in Buffalo, George moved nary a muscle back home (except when mom made your bed). Time meant little to George; he would wait for you as long as necessary. So in March 2009, George remained on your bed patiently awaiting a return that, this time, was not to come. 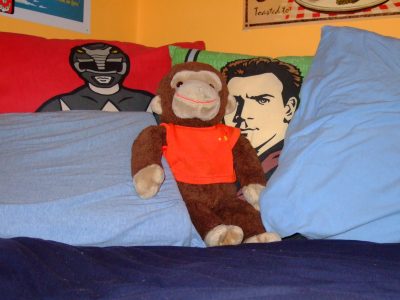 After you died, I would often sit in your bedroom remembering. And while I knew that everything in there belonged to your childhood, and that you had deliberately left it all behind, instructing us to do whatever we wanted with all of it — that much like your name change from Jonah to Mac, you no longer needed any of it — I wondered, “George too?”

And that should really have been the end of it. George should have become a sweet piece of trivia from the years of your youth, eventually ending up in a box in the basement or simply disappearing with no one remembering where he’d gone to. But now, he’s become something much more. George shares my sadness. We’re both waiting for someone we loved who will never again appear. We’ve become partners in our loss. And while I understand that George is just an inanimate doll, your absence still conjures up so much difficult emotion for me. I guess I fill him with the feelings we all hold onto. We just miss you, Jo.

So to this day — to this day — George waits for you. He rests on your blue couch, silently witnessing the passage of time, perpetually and faithfully … waiting.

What else can I do? Yes, I could put away my grief. I could close the door forever on your life. But here’s the thing. I like feeling you. I like missing you. I’d like a whole lot more if you were here, but you’re not going to be here. And I have absolutely no intention of erasing you.

So George and I are going to wait.

I never asked you, Jonah, why you didn’t take Curious George to college. Did he finally belong to your past, one more piece of your childhood that you were ready to relinquish? Or did you just want to make sure he didn’t disappear during the uncertain, less private times ahead of you?