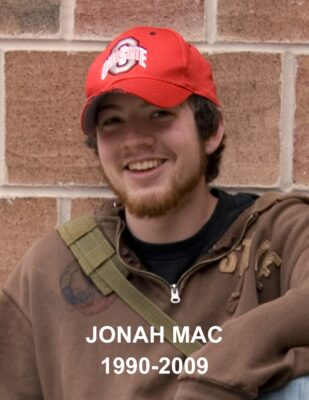 Well, difficult as it is to believe, today marks ten years since you died.

Ten years. It’s on days like these that I wonder about the human impulse to make things fit into neat containers. It’s not that I’m not deeply affected by this anniversary. I am. But why should ten years be any more consequential than nine or eleven? Oh well. Somehow it just is.

I remember when I was in college, I’d begun bracing myself for turning twenty-one. That was going to be a big one, the transition from childhood to true adulthood. But then I turned twenty and, without any warning whatsoever, got thrown for an immense loop. My teens were over. Why didn’t anyone tell me this would be bigger than twenty-one?

I’ve come to respect the impulse for organizing life in neat containers. It’s a force in our lives, to be sure. And today being your tenth yahrzeit, I’m just going with it. Which has pretty much been my strategy from that first March 5th ten years ago.

In the year 2000, you turned ten. As a dad, ten is a fascinating age to witness. You were in the fourth grade. You were a Cub Scout. You loved Skyline Chili. You blew the shofar at temple for Rosh Hashanah. You wore a Drew Carey t-shirt because you loved Whose Line Is It, Anyway?

You were adorable and most definitely a work in progress. 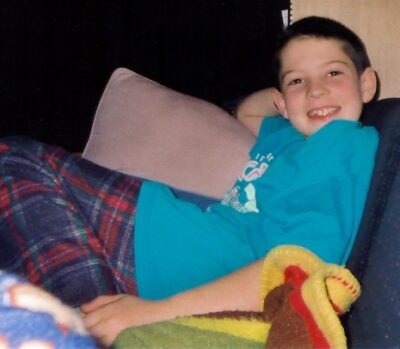 I don’t recall your turning ten to be anything terribly momentous. All of your birthdays were cause for excitement and celebration. We treated each one, yours and your siblings’, like it was the dawning of a new era. That’s just what happens when you love your kid.

I think my favorite story of ten-year-old Jonah is this one. At Kutz Camp – the teen leadership summer program where you, along with Katie and Aiden, pretty much spent July and August each year – there is an alpine climbing tower. It’s something like five stories high upon which, supported by ropes and other gadgets, the goal is to climb to the top. I myself never got to the top. I tried, but fear isn’t an easy adversary. Oh well.

But you. I will never forget the day that ten-year-old you conquered the tower.

Kutz is a teen program but “fac brats” (children of staff, who get to spend part or all of each summer constantly running and playing and occasionally climbing) experience Kutz as the world’s safest and most entertaining playground. Once (or perhaps a few times) a summer, the “brats” get a turn at climbing the tower. It typically takes each kid a half an hour to get into the safety harness, and then another two minutes to climb about five feet upward, jump off, and ride the rope back down to the ground. Everybody applauds the little kids’ efforts.

And so it went every summer.

Nearly an hour later, my Jonah, my ten-year old, had found the resolve to get moving, and you finally reached the top of Kutz Camp’s alpine tower! An hour later!!

It wasn’t easy for you. I suspect that there were many points where it would have been easier to just turn back. But not this time – not this summer, not this day, not this climb. You had decided you would beat this thing, and slowly, steadily, you moved upward and forward, and made it to the top.

Your dad couldn’t have been prouder, or more inspired. My son had achieved a goal that, for half a dozen summers, he could only dream about. Through perseverence, grit, and courage, you got yourself up there. It was an incredibly significant moment for both of us. I realized that my little boy had a lot of growing up to do and, by golly, you were doing it! And you knew it too.

That got me thinking. If some little snot-nosed, ten-year old can conquer a mountain, why can’t I? Why can’t any of us?

Now, it’s ten consequential years since you died. The journey has been eye-opening, and the challenges of living without you share two striking similarities with that tower.

First, I never wanted to climb the tower, never even wanted to try. I knew it would terrify me and was pretty sure I’d never get up there, but I also knew that my children wanted me to try. I was the one who had told them never to be afraid of attempting something new, so I was trapped by my own parenting!

Things weren’t so different when it came to telling you goodbye. I had never felt more helpless in my life, but there they were – Katie and Aiden, your sister and brother. They had to survive this, and it was crucial that I show the way. It took me a long time to “put on the harness” and equip myself to start the climb, but little by little, very much like your hour of ascent, I got up there. I’m not sure I’ve reached the top, but I’m not coming down either.

Second, when it was me trying to climb the alpine tower, even though I knew there were good people down at the bottom holding onto ropes making sure that I wouldn’t fall, I never quite believed it, which is why I couldn’t trust that the climb wouldn’t kill me. This new climb, from out of the abyss of grief, this one I’m fairly sure I’ll survive. Still, even after ten years, the only thing I’m sure of is that I can’t ever be completely sure.

From time to time, it all seems so empty without you. I become overwhelmed by the enormity of the anguish and despair that reside in the enormous hole you left in my heart and in my life. And yet, these feelings are fleeting because, after all is said and done, my life is filled (my life is still filled) with so much that is good: your mom, your brother and sister, your dog whom you never got to meet, and so many friends and adventures that make my life worthwhile and wonderful. Even with the trouble in our world today (oh God, how you would have despised this president), there are so many possibilities for helping make a difference that I definitely want to stick around to welcome all the good that’s waiting just up ahead.

So after ten years, I am mostly at peace. I miss you. I never stop wishing you were here. And I never stop living either.

Life isn’t easy. Even the most privileged among us have to deal with the pain of disappointment and loss. Since your death, I’ve noticed the company that I keep. It is noteworthy how so many manage in spite of what life can throw our way. And they do so with grace and with courage, with humor and with compassion, and carry on in ways that are unforgettably inspiring.

There are feats that people achieve which are so much harder than climbing any alpine tower. That same forward movement you summoned is what each of us needs to triumph over the challenges we face in our lives. We must be willing to work at it. You’ve shown me that. A ten-year old did it.

Once upon a time, during an afternoon’s outing, a young child was presented by her father with a balloon. She couldn’t have been happier, running through a park with the brightly-colored object bouncing along at the end of its string behind her. Then, as so often happens with such things, the balloon touched up against a pointy surface and, in an instant, was reduced to an empty piece of brightly colored but useless latex. In a quick moment, the little girl appeared as if she were about to cry, so forlorn was she at this sad turn of events. But ever so soon, she smiled again as she walked over to her father and, with perfect faith, handed it to him, saying, “Here, Daddy. Fix it.”

Ten years later, Jonah, I’m pretty sure this thing won’t get fixed. But the memory – like the little girl’s afternoon running with that balloon, and the nineteen years of climbing and of everything else that I loved about your life – sustains me. For the rest of my life, I will cherish you and every moment I was blessed to have shared with you.

Whether life comes in neat containers or not, it is our great privilege to find meaning and love, enough to fill every space in our hearts. You certainly helped do that for me. I’m pretty sure it will be interrupted by occasional sadness and tears but, like that ten-year-old kid who was determined to make it to the top of a tower, I promise I’ll keep climbing.