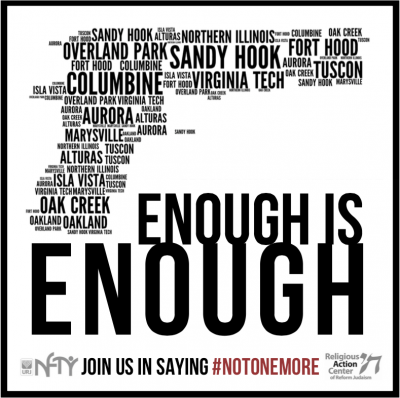 With your generous donations, we’ve been able to make a grant from the Jonah Maccabee Social Justice Fund in support of the NFTY-Reform Movement Gun Violence Prevention Campaign. The North American Federation of Temple Youth has long been involved in gun violence prevention. Now, in the aftermath of the shootings at the Marjory Stoneman Douglas High School in Parkland and in response to the remarkable activism of the teen survivors there, NFTY has upped its game. We’re honored to serve as ally to every young person who is taking a stand in this difficult but crucial struggle. Jonah would have been right there beside you.