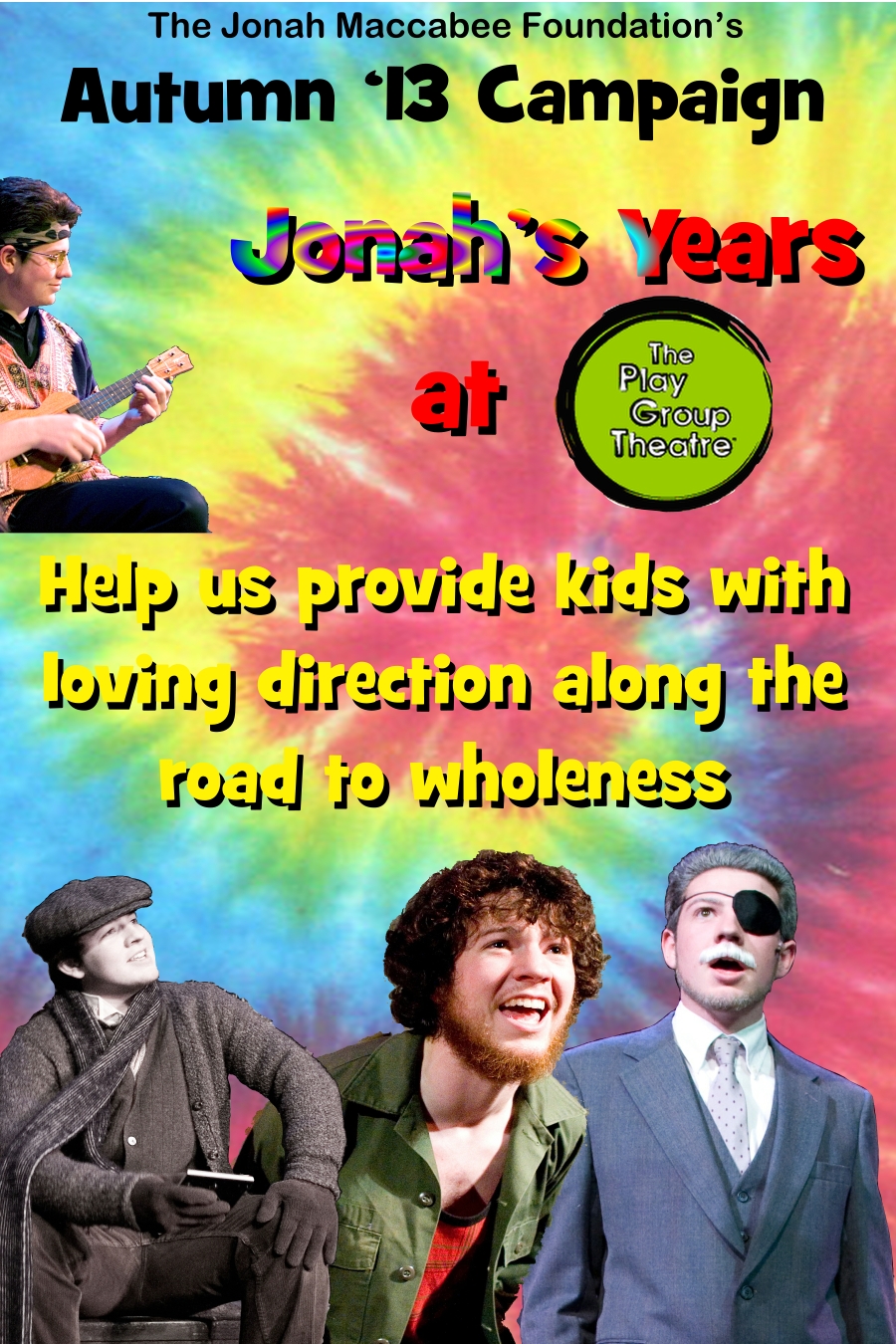 “Jonah’s Years at PGT” is The Jonah Maccabee Foundation’s autumn fundraiser for 2013. Throughout November and December 2013, we’ll be remembering, mainly through the writing of his friends, some of the great fun and growing Jonah experienced at PGT. We’re hoping you’ll be inspired to help us provide other kids with similarly loving direction along the road to wholeness during their own childhood years. Please consider making your tax-deductible gift at jonahmac.org by Sunday, January 5, 2014. Okay, or any other time. Thank you. You’re the best! 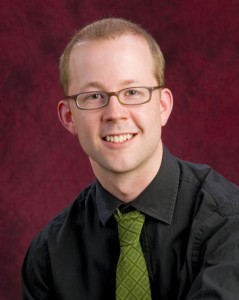 For many years, Jeff was the Associate Artistic Director of Play Group Theatre. He directed Jonah in six shows there: Lucky Stiff, The Laramie Project, A Man of No Importance, The Secret Garden, Marvin’s Room and Grand Hotel. He recently moved to Helena, Montana, where Jeff now serves as the Artistic Director for Grandstreet Theatre.

I directed Jonah many times. Through countless hours of rehearsal and performances, I watched Jonah transform from a boy into an incredible young man. I remember so much about his journey.

• When he didn’t know how to walk on tempo in Lucky Stiff and somehow became a dancing hippie superstar in Hair.
• How he never seemed to know his lines when he was supposed to. The rumors that I threw a script at him during The Laramie Project may or may not be true.
• When he became the kid we would fight over in casting sessions.
• When he auditioned with “Over the Rainbow,” and accompanied himself with his ukelele.
• Choreography rehearsals for Hair. Jonah was not to be believed.
• How he embraced playing the bad guy show after show, knowing his unlikable character was a necessary piece of the story puzzle.
• When he played Ben in The Secret Garden … a good guy … yay!
• Our quality time during Grand Hotel when I would paint his hair gray with a toothbrush and tape a mustache to his face.
• That monologue in The Laramie Project. That unbelievable monologue near the end of Act One. Jackie Cotugno standing stage right. Sarah Nash standing stage left. Jonah sitting down center stage in a dark-blue hoodie. Some of the finest acting I ever saw at PGT.
• How proud he was when we gathered with his senior class for their final performance. 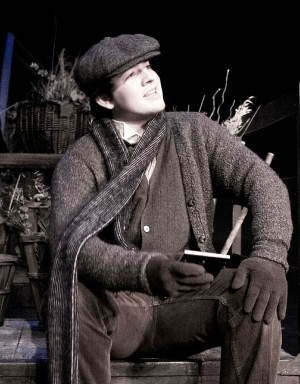 Sadly, what I don’t remember is the last time I saw Jonah. I have some fuzzy memories; I know it would have been during our rehearsal process for Urinetown, but I can’t say for certain when it was. My best guess is that it was an ordinary day at the White Plains Mall [PGT’s former rehearsal space]. We had put out a call for volunteers to come and help us paint scenery for an upcoming show. Jonah was home on a break; a college student who could have easily spent his time on his parent’s couch. But of course, Jonah showed up to help us paint scenery. I don’t remember a lot about this afternoon, but I remember that Jonah was there. He didn’t have to be there, but he was. He continued to give back to us, the people and the place that he cared so very much about. I will always remember that about Jonah, his spirit of giving. Joining a stage crew at the last minute or accepting a cameo role so that the show could go on was so quintessentially Jonah.

But the kind of giving that warms my heart the most is the way he gave his energy, his heart, his soul, his very own self to every single moment he had onstage, especially in his final shows at PGT. I am so grateful to have those memories. They will never go away … and so Jonah won’t either.

P.S. Please give generously to our Autumn 2013 campaign at jonahmac.org. As always, we are ever grateful for your friendship and support.