This entry is not a Jonah-story. It’s from words I wrote for our January 2010 temple newsletter, reflecting on ten months of life-lived-in-ultimate-reorientation since Jonah’s death. With the concert in his memory soon approaching, I’ve been thinking about what it means to remember my kid rather than grow with him. 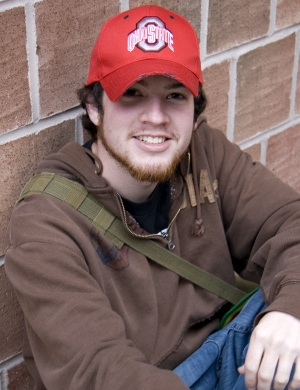 I’m in it now. A place between the horror of loss, and coming to terms with the never-to-ever-change reality that my son is gone. The hour-to-hour numbness which, as in any state of shock, signals the refusal of the body to accept what’s happening to it and so it shuts down some of its systems, that phase of my grief seems mostly to be gone. There are recurrences, to be sure, but for the most part, the disbelief is over. Ten months later, I have very sadly accepted that Jonah won’t ever be coming back.

Jewish tradition speaks of our moving towards peace, and that while we may not traverse the entire distance, we nevertheless strive to keep moving. I am not at peace. I don’t know if I ever will be. But I am less in turmoil than I’ve been, and I do feel like I’m moving forward, stumbling often but moving nonetheless.

This calming is not necessarily a good feeling. As time increases the distance between me and my son, I fear I’ve begun to forget the sound of Jonah’s voice, of his laughter, the feeling of his hand in mine, of his great big bear-hugs squeezing the breath from my body. He slips further and further away from me and, try as I might, with photographs and videos and the like, I cannot slow his retreat, a new phase in my grief that brings its own kind of pain. So when there is a momentary wave of Jonah’s powerful presence, the nearly inevitable tears are welcomed because they signal his restored closeness to me. That, I believe, is the place in between. I am in it now.

What then does it mean to be establishing a Jonah Maccabee Memorial Concert, the first of which will take place on January 23? My family is so pleased to have a vehicle by which we can sustain Jonah’s memory and do some good in his name (some good, by the way, that we think he would have been very pleased to endorse). Jonah loved music and Jonah loved camp. To bring his two Jewish musical heroes, Dan Nichols and Josh Nelson, to his community as his gift, and to help other kids in his synagogue find the dollars that will clear the way for them to experience the kind of summers that Jonah loved so much, this warms our hearts and softens the edges around the hole that now resides there.

All the same, instead of a concert I wish this month of January would find Jonah and me speaking about his summer plans, about where on campus he’d be living next year, and about what he wants for his 20th birthday present.

Instead, many of you will be joining me and my family at the Jonah Maccabee Concert. Together, we will remember his sweet, beautiful, funny, loving life. We’ll celebrate the music he so enjoyed (he would have had a blast at it). And we’ll make sure that every temple kid who wants to go to a URJ summer camp gets to do so.

Nineteen years is far too short a time for anyone’s life. But it turns out it was plenty of time for Jonah Maccabee Dreskin to have made an important difference – a difference he will continue to make through this concert, through the scholarships it will create, and through the sweet, beautiful, funny, loving memories he leaves to us all.

P.S. We hope you will help us build The Jonah Maccabee Foundation into a self-sustaining project that will keep Jonah Mac’s memory alive for generations to come. Your donation of whatever size you can afford is so appreciated. You may do so online at https://www.jonahmac.org. You can visit us on Facebook at http://www.facebook.com/JonahMaccabeeFoundation. Thank you.